A few words about Biltwell products...

... Tom Rose has been using and abusing Biltwell parts for some time now and he really thought I should explain the huge Biltwell logo at the top of the Blog... but I thought that he would be able to do a better job, so he wrote this up for me.
So here's what he had to say:

"A couple of years ago I ordered a very interesting “exhaust builders’ kit” from CCI. The kit arrived and I was very impressed with its versatility , innovative components and packaging. 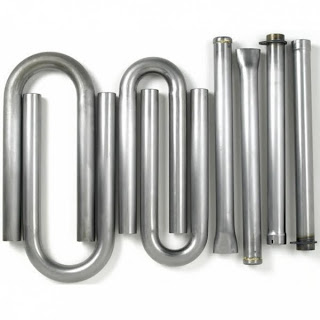 It had a really cool logo on it which I was unfamiliar with because I live under a rock. The logo, of course, said “Biltwell”. I have Internet under my rock so I used the Google button and discovered Biltwell had a Website with an array of more interesting products.

The manifesto also spoke of selling a simple quality product for a reasonable profit. I was, of course, suspicious of this but have found it to certainly be the case. At this point I discovered that a man I had been communicating with intermittently on the Nazi journal seemed to have some sort of position with Biltwell, ostensibly testing handlebars on his FXR. I asked him if he could sell me a helmet because I had noticed that they had one in my color, flat black. I still have the helmet and I have ridden at least 10,000 miles with it and have been very pleased with its performance in all weather conditions. 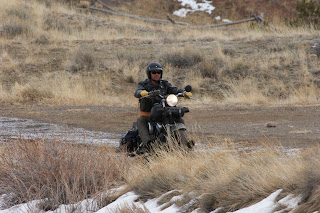 Photo of Tom by Jerry Hannely

After my experience with the helmet I was feeling pretty good about this company. This sentiment was increased when I attended a Run at a campground in Temecula. Biltwell footed the bill at the campground as well as buying beer and food. It’s been an awful lot of years since I can remember companies doing this in the motorcycle culture.

I went by the Biltwell base where my friend, Jarhead Rob and I were welcomed and allowed to work on Rob’s bike in the cool of the warehouse. We were given access to the nuts and bolts bins, any tools or machinery that we might have needed and boxes were opened to allow me to inspect and fondle any products that I might be interested in. I was blown away by this level of hospitality.

I have now had occasion to test a number of their other products extensively.

The highly innovative points cover bottle opener works at any altitude in any temperature with cold and/or sweaty hands on any capped beverage bottle that we’ve tried it with. It is also a choking hazard for large bruins. 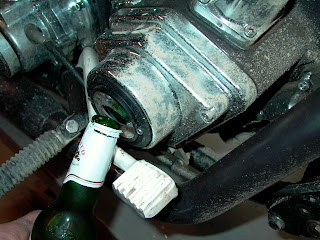 The Biltwell seat pan is super heavy duty, strategically ribbed, engineered for a lifetime of use even if you’ve got a hippopotamus riding it and it would probably withstand an assault by an angry rhino as well, although I haven’t tested that theory yet. 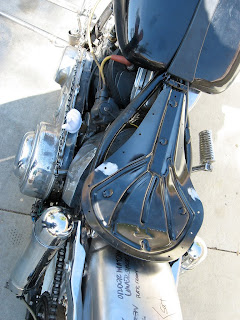 Biltwell’s risers are stout, elegant and versatile. They seem to have been designed with the idea of a perfectly angled gauge panel bolted on. One of my early mentors, a 30,000 mile a year hard tail rider, (Bait that’s you) told me that if a rigid was ridden daily in all conditions, and hard, broken risers were inevitable. I have yet to hear of a set of Biltwell risers breaking on any bike. 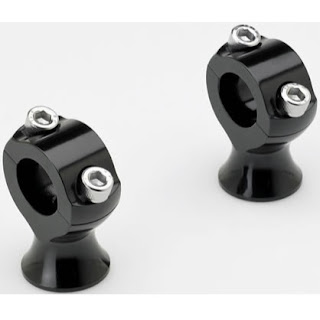 While on the subject of breakage and its sibling bending, I recently built an FXR for my buddy Playa. Playa selected my current favorite brand of handlebars in the style known as “Chumps”. 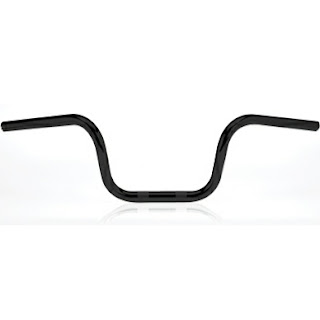 Playa got himself into a bit of a fracas at a fireworks stand near the Reservation boundary. In the melee his bike “Cookie” was knocked over and landed upon by a large man. Cookie’s clutch lever and perch were broken by the impact. The “Chumps” and “investment cast” risers were not even scratched. 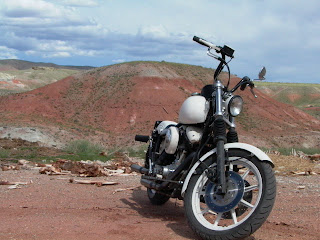 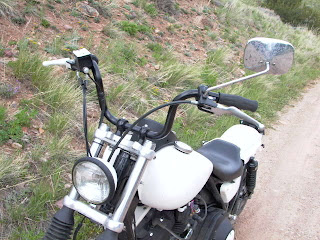 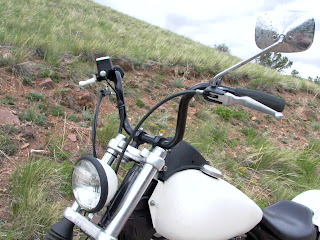 Playa was also proven to be none the worse for the wear.

My Uncle Mike, who regularly breaks aluminum bars with either femur, has used one set of chrome molly bars through three in a row of his many dirt bikes since the big war. Yep, he can set the points and gap the plugs by ‘feel” on a WLA. He has in recent years, however, sworn off anything with poppet valves.

Brother Joel will probably be another year older this year, perhaps I will gift him a pair of Biltwell trackers. After all he has been known to frequent the same fireworks stand. 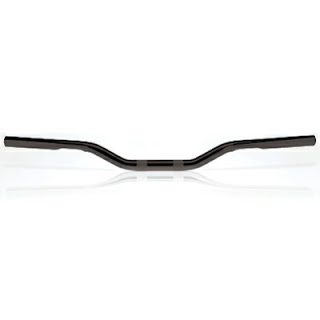 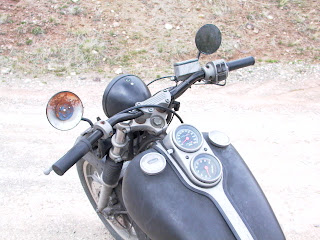 The only criticism I can offer the Biltwell company concerns the absence of the Manifesto. To shorten it up for those with MTV-itis the Panther and I have come up with some slogans.

“Biltwell: if you value your money as much as your hide”

“Biltwell: where you end up after you’ve destroyed a bunch of other crap first”

“Biltwell: they’ve never given me anything for free and I’m still writing this”

The Panther wants to point out that Biltwell products are the only things she has seen me install unmodified.
With a comment like that maybe Biltwell will make some more ladies’ t-shirts in Panther sizes. Ib’n thought this paragraph should be the first due to it’s relevance."