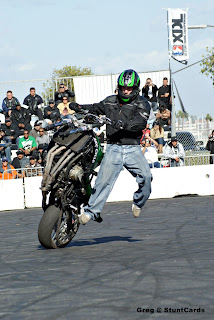 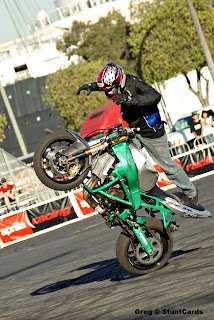 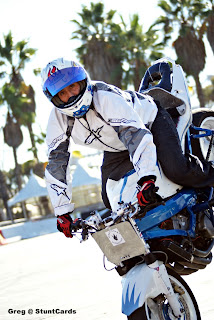 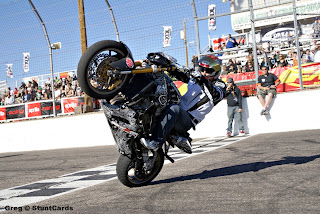 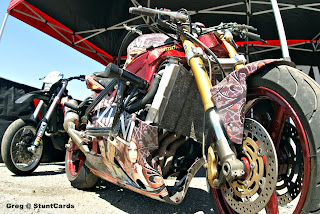 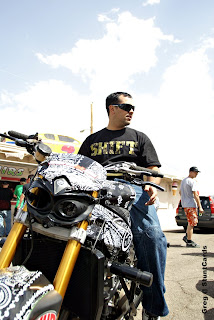 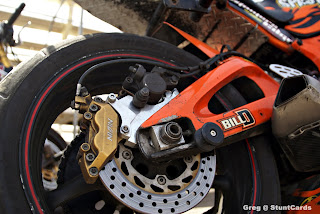 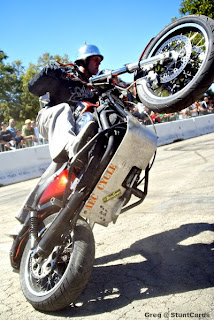 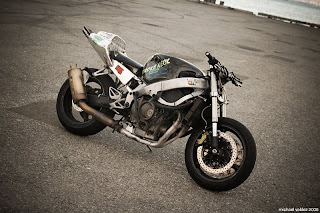 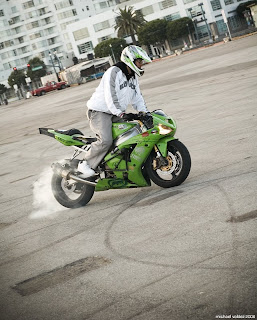 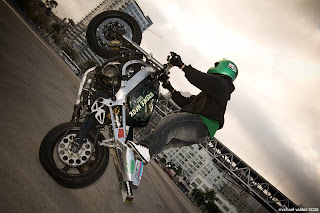 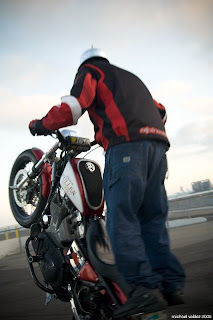 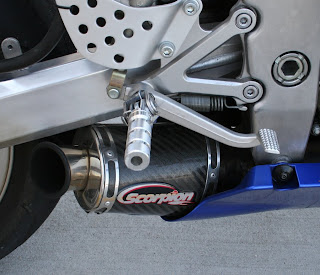 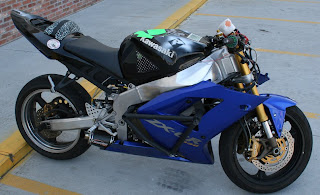 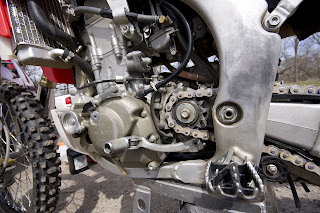 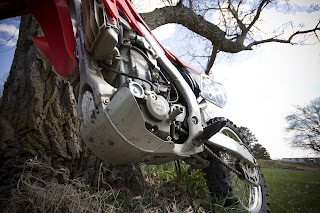 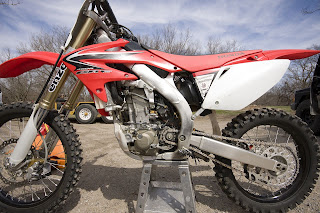 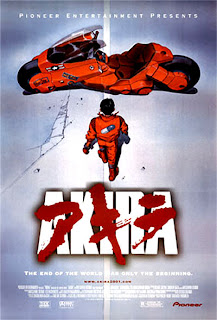 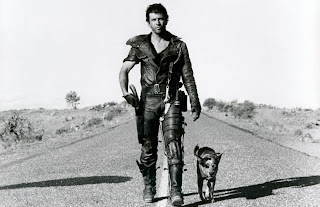 So I have this pet theory about attack choppers. One that I don't think I have ever heard extolled before and I thought I would just throw it out there. It's something that I have been working on in my head for about 4 years now, but not a lot has come of it. I have however developed a method for thinking ABOUT this theory; a way of working out practical applications for said theory.
I call it CRASHPROOFING or "What Would Mad Max Do?"

Years ago when I crashed my XS650 chopper trying to run with some sportbikes, my chopper "crashed well". It didn't break. It wasn't intentional engineering that make that possible, it was just that I had overbuilt the controls and they were very heavy, the gas tank was a plastic dirt bike tank which took a huge smack and was perfectly fine, their was no clutch lever to break since it was jockey shift, and most of the rest of the bike was tucked in tight and nothing was hanging out there to catch on the ground. I rode it home afterwards.

Later on, one afternoon after the bike went through a shop fire I proceeded to slide (and drop!)it all over the place which resulted in the picture you see at the top of the blog. But nothing broke on it. It would just fall over and rest on the controls which again took most of the brunt of the force.

And what about stunt bikes? Ever pay attention to them? Streetfighters with armor built for the purpose of showing off and being stupid (I say mean stupid in a good way, not as the press would use that.)
I cannot go past a photo of a stunt bike without stopping to admire the cages or the mods that have been done for ONE purpose and ONE purpose alone: survival.
Stunt bike builders only have 3 motives when building a bike:
"What must I modify to do this stunt?"
"What does it take to keep my bike from breaking while stunting?"
and the third is many times never even an option, but recently there has been some very fancy and pretty looking stuntbikes being built.
"What does it take to make my bike look good?"
Stunt bikes enjoy a purity right now that is very refreshing. A lot like a race bike.

And of course I grew up on a farm where my brother built a 1.75 mile long Supercross style outdoor dirt bike track with huge jumps and I routinely saw (and still do see) people riding and wrecking their dirt bikes over and over.

The point is: these bikes survive. They aren't crippled every time they fall over. Just like my chopper wasn't.
But the big difference is that Dirt bikes are engineered that way. My old chopper was just dumb luck based on the way it had evolved.
One day it finally hit me: That is a VERY worthy goal.
If a bike can survive crashing then the bike and the rider could survive in a hostile riding environment better.

So I set my mind to the task of trying to crashproof an attack chopper.
I came up with a few ideas, and I look at dirtbikes almost constantly for ideas (VERY good inspiration people! Modern motocrossers rule!) but one thing that I came up with to help me think this through practically is the thinking exercise of "vehicular combat".
Also know as "What Would Mad Max Do?".
Think about it: if you set your bike up to do combat in a post apocalyptic world... wouldn't that serve you well in real life riding in a hazardous riding environment?
What things would you strengthen or remove for combat?
What would you attach?
What would break off the easiest?
What things are essential for you to ride off and do more combat?
What will enable you to Evade your enemies, Pursue your prey, and survive to fight another day?
And what will help you "crash well"?
Because in that environment: everyone crashes sometime. It's inevitable.

So watch The Road Warrior trilogy, Akira, and any other vehicular combat movies you can... and think through them carefully.
And apply what you see and observe to your attack choppers... and maybe you too will be able to Evade, Pursue, and Survive.

Most of those awesome stunt bike shots are by Greg Gallup. See more stunt bike inspiration and great pics on his flickr page here:
http://www.flickr.com/photos/beadyeye/
Posted by Bird at 4:23 AM