Total Heros: My Brothers in the NFK- PART 4

Bird:
You once told me that you didn’t want to take bike riding shots from a car or truck. (For instance all those BASARA shots were taking at 80-100 mph while you were riding one handed up mountain roads with them!)
You said your riding shots HAD to be from a bike while you were riding. What made you want to only take your bike riding shots that way?
Yan:
I know that if I take riding shots from van or car, that's easy and I would be able to take neat photos, you know, you can relax, you have time to change set ups everything.
But while riding my bike and taking shots of other guys riding, that's pretty difficult to do.
But I have to take photos from my bike because I wanna be in the same pack.
I love to ride my motorcycle and also I love to take photos!
If can do them at the same time, that makes me very happy. It’s one of the best things in my life.
If I take photos from the car, that means I am not riding my bike, and that's so fuckin boring. No way. I don't wanna watch some other guys riding their bikes and having a good time from the car!
And I can move around wherever I wanna be, I can get into the right position. With a car, I cannot
If you look at my Iowa pictures, my riding shots of Chopper Daves back while he was riding Jeff's white bike…that shot would never have been possible from a car… I mean…you can see the front wheel of the FXR I was riding in the same shot!

Bird:
Well, I love that style of riding shot where you can see some of the photographer’s bike in the shot as well, so I would have to agree with you there. Totally rad.
That really gets me pumped to hear you talk like that about loving to ride your bike… I meet less and less people that really love to ride. I loved that last line from the Adam Wright interview that Nelson did:
“I’ll ride the hell out of anything. I’ll ride a Honda spree, I don’t care.”
That’s the way I have always felt… has it got two wheels? I can have fun on it.
So moving on, you have already released a Blurb book called “No Future Japan” that is tons of great street photography and all kinds of other stuff… are you planning on releasing any more?

Yan:
Thank you! But I am not satisfied that book. I want to publish a new one someday in the near future.


Bird:
Sweet man, can’t wait.
OK, enough with the small talk… time to get down to the serious business: Who would win in a fight between Wolverine and Spiderman?

Yan:
I don't know who Wolverine is but I would say that Spiderman is gonna win the fight. May be. I don't know.

Bird:
Ha, ha… no worries man. I’m just messing with you.
Ok, I know that I hear a lot of smack talk about the Tokyo or the Japanese chopper "scene" sucking lately... I don't get into that "scene" crap. I just want to know if you have seen any cool chopper ideas or trends on the streets of Tokyo that you could tell the readers about.


Yan:
That's just me man.
I am sick of following the American culture. That's all.
But don't get me wrong. I still love and respect American motor culture like choppers and hot rods, but we just wanna do our things, our way, our style you know?
Here in Tokyo it is very different from US. There is no desert, no horizon; it's a small island country with lots of mountains. Jap bikes are made by Japanese people in Japan for Japanese people and Japanese riding.
Riding a Jap bike in Japan is very normal thing. I have come to realize that.
Spending lots of money to keep my Harley alive is not for me anymore.

Bird: Cool, I can understand that. Heritage is important.
I saw on your Flickr page lately that before Joytoy sold his Ironhead chopper he tossed that long front end and the drum brakes, ran shorter tubes, disc brakes and changed up his wheels. is that going on all over? Are Japanese chopper builders moving away from less functional choppers and moving towards Performance choppers?

Yan:
It depends. But I would say that the overall quality of Jap choppers are got higher than few years ago. I can tell you that.
But still, Japanese people like the old school Harleys. I guess that's because the V-twin Harley motor is really old school and primitive compared to any 4-cylinder DOHC motor. I would say that low-tech, hand-made choppers is the Japanese style. The Japanese like Sushi, you know… raw fish. It's kinda same thing. Don't add too many things; be natural, as it would be.
If someone wants to ride a fast, high-tech bike, he or she will ride Jap bike or Ducati.

Bird:
Gotcha.
Well that is a shame, because I would love to see more people trying hard to make their rigid framed choppers into performance bikes within the limitations of the platform.
Well man I guess that is all I can think to bother you with now, thanks for doing the interview. Say hello to all my NFK brothers for me and any final words for the COC readers?

Yan:
The Japanese people all love what you guys have created in this motor culture.
We really appreciated and respect all of it!
We are like brothers from different mothers.
Keep up good work. Thank you all. 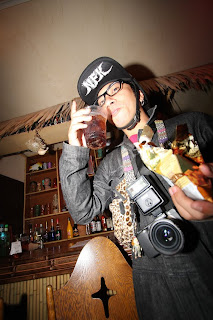 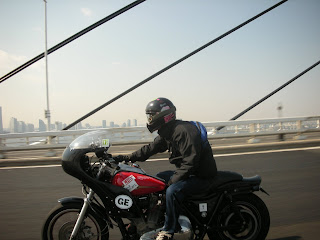 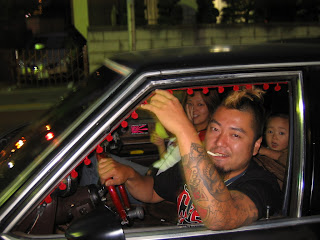 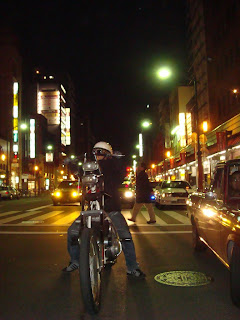 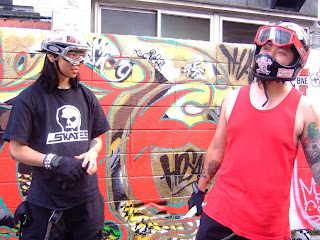