I must admit, I was pretty depressed... having to sell most of my 16 year parts collection and all my project bikes to pay some bills... but today I stopped to see Jerry the Genius to drop off some more parts for him... and to see how he was getting along with my old pile of parts for my XS Attack chopper project that I sold him.
I would say, he's coming along quite nicely, wouldn't you?
So, even though it's no longer my pile of parts... it's good to see Jerry getting something done with them!

Oh, and the bottom shot is Jerry's car tired Triumph that he built years ago for pennies... I don't like fat tires... but this one...well, it is built for riding across corn feilds, and jumping terraces.
Jerry lives on a farm here in Nebraska. He rides on dirt and gravel all the time... and he likes that car tire... says it works good... and since I am not chasing him through the corn feilds... I will take his word for it.


(Jerry built everything you see here by himself. In about a week. After work.)
We don't call him genius for nothing! 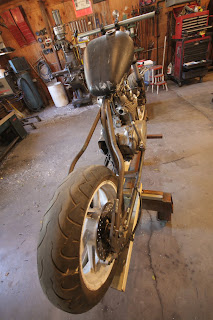 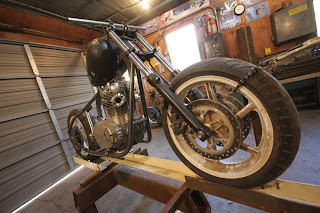 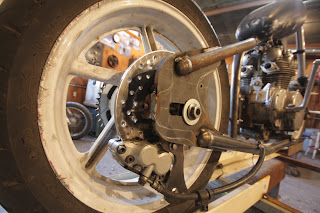 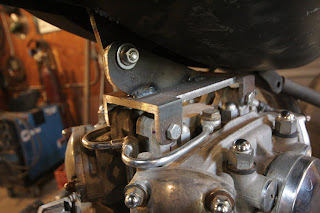 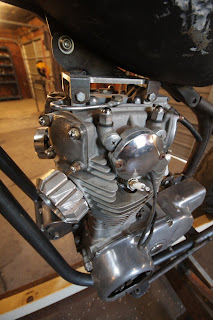 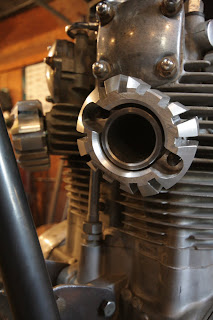 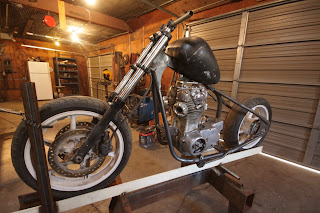 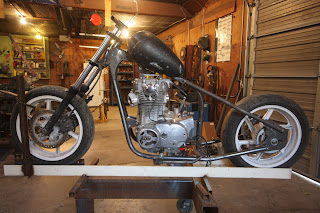 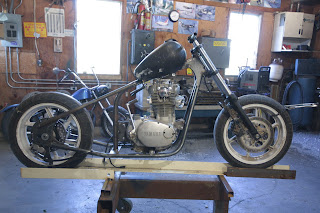 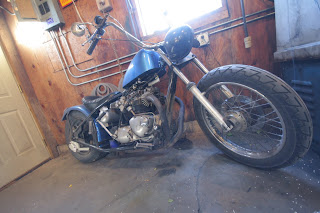